As part of INAM 2021, a 45 minute public talk will be given by Prof. Michael Burton, Director of Armagh Observatory & Planetarium. Attendees of INAM 2021 will be able to watch the talk over Zoom. Members of the public can stream the talk at the same time for free using the INAM 2021 YouTube account: https://www.youtube.com/channel/UCgLHzRrpQNpQRCzqHROuyGA/live 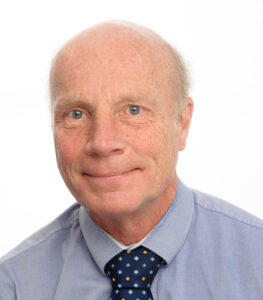 Abstract: In 2019 UNESCO inscribed two astronomical sites for World Heritage based on their Outstanding Universal Values: Jodrell Bank & Risco Caido. Jodrell’s nomination centred on its pioneering role in the development of radio astronomy and extant examples of scientific infrastructure from the discipline’s origins to today.Ireland also has outstanding astronomical astronomical heritage through the pioneering role in development of the field of astronomy played by the observatories of Birr, Dunsink and Armagh. Birr with the Leviathan, the largest telescope in the world for 69 years, providing the seeds that led to the concept of other galaxies, as well as the birth of infrared astronomy. Dunsink and Armagh Observatories represent a key step in the development of the telescope itself, when the design of the building they are housed in became central to their function. Armagh has since continuously been occupied by astronomers, with three generations of telescopes from the 19th century within that illustrate the development of clock-driven equatorial telescope over that period.The new inscriptions of Jodrell Bank and Risco Caido to the UNESCO World Heritage list raise the question of whether Ireland’s astronomical heritage may also be worthy of such recognition?This talk will overview the astronomical history of these Irish observatories and the possibility of seeking UNESCO World Heritage listing for them, as well as some of the issues that must be considered if doing so.

We look forward to seeing you at INAM 2021 in September!